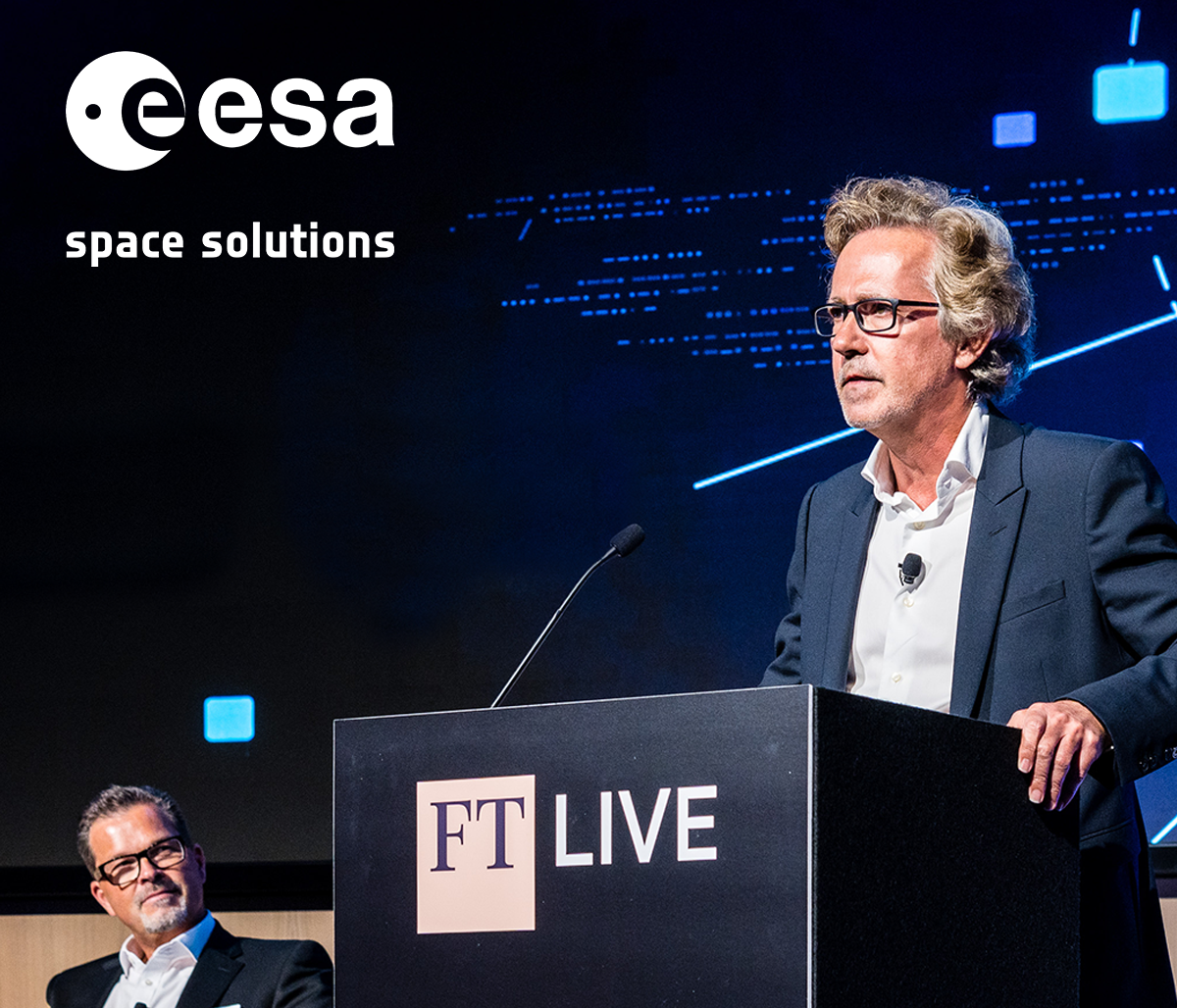 Looking to the stars to tackle the capital markets data challenge

Across capital markets and for many roles – particularly within sales and trading – participants wrestle with enormous amounts of transaction data and struggle to drive value from it. But how can this big data be leveraged to generate revenue opportunities?

At Mosaic Smart Data, we guide front-line financial professionals who are drowning in data with actionable insights to drive profitable business in fixed income, currencies, and commodities. In short, we make our clients smart.

We partnered with the European Space Agency (ESA) back in 2018 to explore how algorithms developed for use in space could be adapted and deployed in capital markets.

Many people don’t realise that the myriad of the revolutionary consumer goods and services that we rely upon in everyday life were first developed to help space agencies navigate the cosmos. Everything from technology used for eye surgery to water purification to camera phones to memory foam to artificial limbs either uses technology directly created for, or advanced by, space exploration.

There’s no reason why this can’t also happen in capital markets, where businesses are under unprecedented pressure due to increased regulation, the rapid rise of electronic trading, reduction in spreads and the fragmentation of liquidity across trading venues. Furthermore, lack of oversight and control of trading operations has facilitated market abuse, bringing the industry into disrepute, and resulting in regulators imposing record fines on the companies involved.

To succeed in this market environment, competing on analytics – by being able to synthesize large quantities of data to quickly identify and execute the optimum action – is now critical, but solutions are lacking. This is what our partnership with the ESA is all about.

Together, we’re enabling banks and asset managers to use machine-learning algorithms that were initially designed to monitor instruments aboard deep-space satellites to manage risk better and find previously unforeseen trading signals more efficiently.

Through this collaboration we have an incredible opportunity to apply some of the world’s most advanced data analytics models to the problems our clients face in financial markets. Not only that, but we continuously share the results of the project with the ESA to help advance its own analytics development.

The ESA initially gave us access to two algorithms focusing on data models designed to identify patterns and correlations.  These algorithms are used by the agency for investigating anomalies of deep space satellite missions.

The models essentially perform two functions: firstly, they detect anomalous patterns and try to identify previous occurrences of these patterns. Finding previous occurrences of an anomaly can help characterise it, understand why it happened and stop it from happening again. Secondly, if there was an anomaly, they can identify the factors causing this anomaly and pin-point the cause-effect relationship.

Instantly, you can see the applicability of such a model to the pain points faced by institutions trading in capital markets. By integrating ESA’s algorithms, for example, our platform can let a bank see when its clients exhibit new or unusual behaviour, such as trading a new currency pair on a new venue in a size that hasn’t previously been seen.

Or, if a market regime is shifting, such as when volatility increases, the model will allow a bank to see the relationship between market change and customer behaviour – for example, which of its clients tend to become more active in stressed market conditions. Equipped with this intelligence, they can then make sure they suggest the right trading opportunities, at the right time, to the most appropriate clients.

Compliance is another area we are exploring, for example – in particular the so-called fat-finger error, where the wrong key is mistakenly pressed on a computer to input data. While some of these errors can be harmless, some can have massive repercussions and lead to huge losses and fines.

To help develop a tool to prevent these mistakes, ESA has provided us with an algorithm called “Dr Must”, where MUST stands for Mission Utility & Support Tools. The “doctor” portion of the name was chosen because it assesses as a doctor would.

By alerting an institution to an error like this in real-time, quick action can be taken and the mistake can be avoided or corrected. This is particularly valuable in a market such as FX which is unregulated, and where participants follow a code of conduct that has called for the usage of more robust monitoring tools. 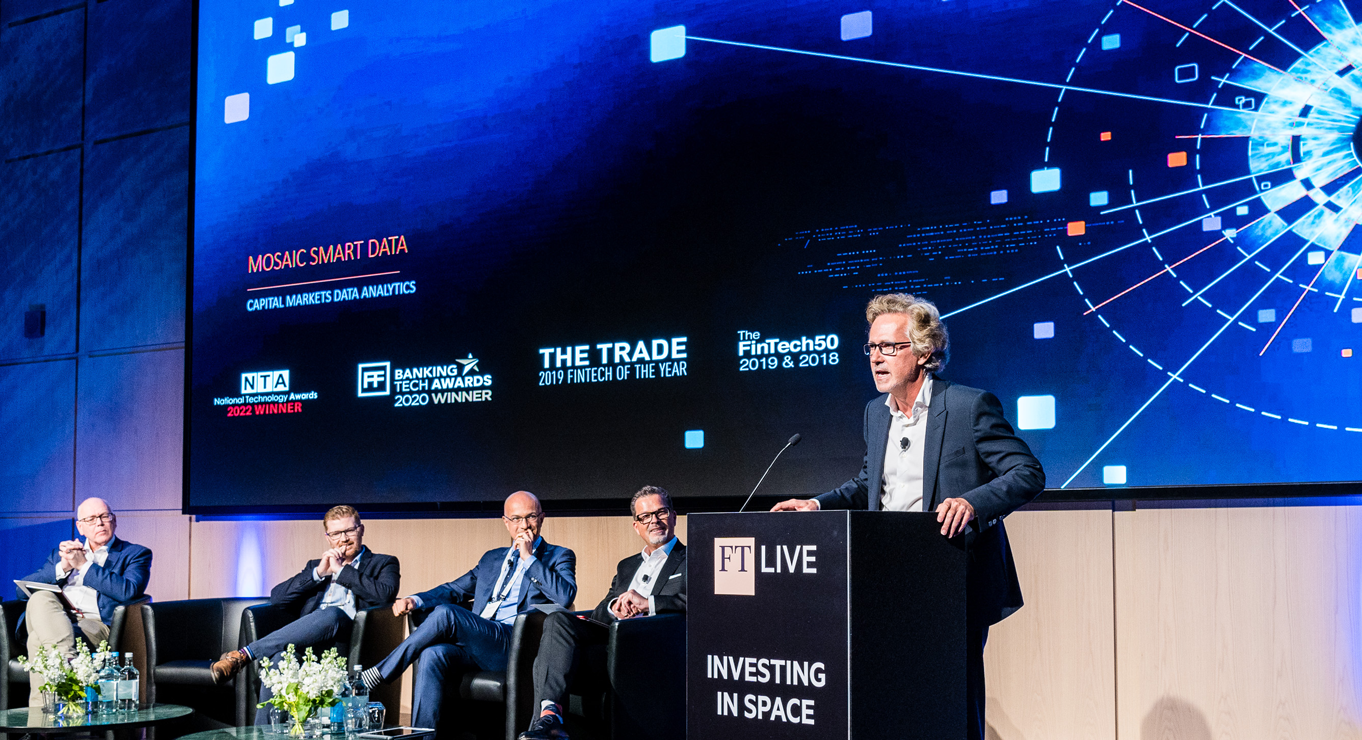 A large focus of our engagement with ESA was on ensuring that we contributed to the UN’s sustainable development goals. To do so, we ensured that our models were tailored to banks in developing economies.

For example, it is important to remember that not everyone has a deluge of client transaction data. Our models can ingest market data, which is widely available, even in developing countries, and then tie the market anomalies to anomalies in client data and changes in client behaviour.   This allows firms to understand how sensitive clients are to market levels and when they are likely to become active. The important implication of this is that the models can be used by clients with limited amounts of transaction data, especially in developing countries.

Our partnership with ESA thus allows our clients in emerging markets to use the same technology as clients in developed markets and is all part of sustainable development.

At Mosaic Smart Data, we recognise that technology is democratising globally and we believe that it shouldn’t only be for the biggest, but should be used for the broadest use cases we can find.